Fibonacci, a mathematician who lived during the 1200s, developed a number sequence named after him. Each number is added to the previous number to get the next number: 0 1 1 2 3 5 8 13 21 and so on.

Author Greg Pincus invented the “Fib” form of poetry, in which each consecutive line has the same number of syllables that appear in the Fibonacci sequence. The students wrote their own. Here are some of their creations:

I
love
cupcakes
They are so
yum. I really love
them so much; they taste so awesome!
- M.A., Rm 18
I
love
my fam-
ily and friends.
They're very nice to
be with on special occasions.
- O.L., Rm 17
Grass
is
so good.
Goats love it,
so we have to too.
I knew it is good because munch!
- K.B., Rm 17
Light
is
brighter
than the dark.
So be bright at night.
Always be bright, never be dark.
- D.D., Rm 18
Life of tomatoes
Good
food
Tasty
Nutritious
Delicious flavor
Vegetables beat that! Boom boom boom.
- H.B., Rm 17
A
dog
is cute.
It plays fetch.
My dog brings back the
ball. My dog loves to eat my food.
- C.C., Rm 17
I
like
to play
with my cous-
ins and play gameboards
with my family and have a blast!
- L.B., Rm 17
Books.
Wow.
Read on
the soft ground.
Lots of history.
Figure out a large mystery.
Go to the library and have lots of fun reading.
- M.J., Rm 17
A
cat
she sat
drinking milk
outside on its mat.
The cat sat and napped dreaming of
chasing mice in its cozy house. During the night time,
she woke up with a startle to find the mouse was really there on the rug the whole time.
- C.S., Rm. 17
Run
run
climbing
up the hill
now down the mountain.
Hip hop hooray. Fastest person!
- S.S., Rm 17
Posted by MM at 10:33 AM 1 comment:

Fibonacci, a mathematician who lived during the 1200s, developed a number sequence named after him. Each number is added to the previous number to get the next number: 0 1 1 2 3 5 8 13 21 and so on.

Author Greg Pincus invented the “Fib” form of poetry, in which each consecutive line has the same number of syllables that appear in the Fibonacci sequence. The students wrote their own. Here are some of their creations:

Oh no!
I'm sick!
by that bug!
Its now on the rug!
I hope I will feel better soon.
I am feeling much better before the afternoon!
I guess those five-star rated, cherry flavored pills worked amazingly well, that is swell.
- C.S., Rm. 14
Autumn
Red,
green,
yellow
leaves. Get out-
side and enjoy the
breeze. It's a piece of cake to en-
joy today. Go out and play! Hip hip hooray!
- S.C., Rm. 14
My
show
will come
out on this
December 18.
The show is about Star Wars, yay.
- B.B., Rm 14
So
wow!
No way!
I got home and showed my mom and
dad my grade; it was an A! Yay!
"No way," said Mom. Yay Yay No Way Hey!
- C.P., Rm 14
Cold
It
is
colder
than a mon-
ster's cold sore. Ew! So
gross. I meant to say ice cream. Ew.
- N.C., Rm 14
I
am
a num-
my chicken
wing so don't eat me.
If you do, you will go to chick-
en wing jail, and you will learn your rules so listen up.
- M.D., Rm 14
Al-
though
I can't
see my friends,
I still can. You might
not understand. But I can with
my tablet so I can. I hate this pandemic.
- C.C., Rm 14
I
am
annoyed
with COVID,
because we have to
stay home and wear a mask. But ev-
ery one knows we love Ms. Moore's teaching because she
does a lot of fun things. She loves teaching library; that is her favorite subject. Books!
- L.L., Rm 14
I
like
football.
Patriots,
they are the best team.
Play in Foxboro at Gilette.
They are the best team in the National Football League.
- G.Z., Rm 15
I
like
the snow,
but I like
summer sunny days
so I can jump in the pool. Yay!
- L.B., Rm 15
Run!
They
will hunt
you down 'til
sunrise once you touch
the hidden treasure items. The
torches will turn into blue flames and start smoking.
You can't hide from them. You can't survive from them. They won't stop 'til you return the items.
- K.L., Rm 15
I
love
ice cream.
I like it,
but not strawberry.
I also do not like blueberry.
- A.S., Rm 15
I
hate
worms, but
worms love apples.
When they see one, they
go crazy for one, then get crushed.
- T.C., Rm 15
Posted by MM at 6:35 AM No comments:

Email ThisBlogThis!Share to TwitterShare to FacebookShare to Pinterest
Labels: grade 4, lessons, try this at home

We Have a Winner!

The American Library Association awards the Caldecott Medal to the artist of "the most distinguished American picture book for children." This year, I read 13 picture books to first and second graders for our Oak Lawn Mock Caldecott.

93 students chose from among

1 came out on top with 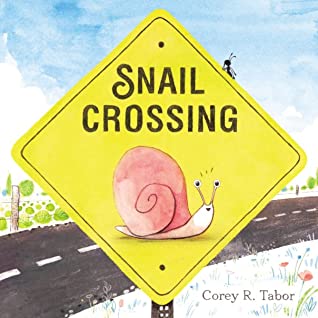 Here are some reasons why:

Email ThisBlogThis!Share to TwitterShare to FacebookShare to Pinterest
Labels: grade 1, grade 2, mock caldecott, what the kids are reading

Fourth graders are practicing their paraphrasing skills. First we worked together to come up with synonyms and ways to recast a sentence.

ORIGINAL: The automobile that went by very quickly was maroon. It went through a big puddle and splashed us.

NEW: The car flashed through the puddle and got me soaked.

NEW: We got soaking wet when a car splashed through a puddle.

ORIGINAL: The educator removed the unruly student from the learning environment because of the sounds he was making

NEW: The rude student was kicked out of school because he was making noises.

NEW: The teacher was distracted when the student was making a terrible commotion in class, and they kicked him out.

ORIGINAL: I remained awake until the wee hours, absorbing broadcast entertainment. At the present time, I am lacking energy.

NEW: I stayed up late listening to the radio, and I'm tired.

NEW: I'm tired because I stayed up too late watching TV.

Then they worked on an individual assignment, putting the following sentences into their own words:

During my earlier years, I experienced much conflict with my male and female siblings who were born before me. Now that we are more mature, we have overcome some of our differences and have the ability to interact pleasantly.

Here are some of the new sentences the students came up with:

Back when I was a kid, my older siblings didn't get along with me. Now that I'm older, we now respect and love each other - A.M.

When I was young, I got into fights all the time with my older brothers and sisters. Now that we are older, we don't fight anymore and get along nicely. - D.P.

When I was younger, my older sister and I didn't get along too well. Now that we're older, we get along much better. - G.S.

When I was younger my siblings and I fought. Now we are older and we are mature, we have a nice time together. - G.Z.

When I was younger I fought with my older brother and sister a lot. Now that we are older, we get along and enjoy each other. - L.S.

When I was younger, I often used to fight with my older brother and sister. As we got older, we realized we may not always agree and get together often. - M.R.

When I was a kid I would fight with my older brother and sister. Now that we are older we get along better. - N.C.

When I was four years old, I had many arguments with my older brother and sisters. Now that we are older, we are able to get along with each other and not argue. - R.R.

When I was younger, my brothers and sisters and I always fought over silly things. Now we are older, we have worked out all our problems! - S.C.

I was hanging ornaments.

Unfortunately, I was home alone!!!

Fortunately, I had a German Shepherd there to keep me company.

Unfortunately, he bit all the ornaments.

Fortunately, we had extras in the attic.

Unfortunately, last year some of them broke because of my siblings.

Fortunately, I was very rich and had servants to clean them up.

Unfortunately, the servants were very clumsy and dropped all of my other rich ornaments.

Fortunately, the ornaments were magic and flew back together and back to their places on the tree.

Unfortunately, robbers came in the house and stole the tree and the ornaments.

Fortunately, I called the police, and they got there as fast as they could.

Unfortunately, they actually lived in Tallahassee, FL, and I was all the way in Washington, DC.

Fortunately, they finally got to DC.

Unfortunately, they skipped my house and went to visit the president.

Fortunately, they got back on track and came to my house.

Unfortunately, President Washington was having a talk with President Lincoln and President Theodore Roosevelt about creating a mean Grinch to steal Christmas.

Fortunately, they weren't that smart.

Unfortunately, they were still able to turn all the cops into Grinches.

Fortunately, they were happy Grinches.

Fortunately, I invented a machine to make all the Grinches nice.

Unfortunately, the machine didn't work because there were too many Grinches.

Fortunately, President Lincoln decided that he was not going to help them any more.

Unfortunately, President Lincoln got zapped with the Grinch machine.

Fortunately, Santa Claus came and said they were going to be on the naughty list.

Fortunately, it was snowing and the snow came through the roof, and they all got cold and turned into icicles.

Unfortunately, I also turned into an icicle.

Fortunately, Santa Claus was secretly in training and he had a six pack and was able to break out.

Unfortunately, when he did that, he was so strong that all the Grinches got out too.

Unfortunately, the Grinches and Presidents ate the Subvengers,

Fortunately, the Subvengers came back out of the Grinches and Presidents and ate them.

We read Fortunately by Remy Charlip, a story that follows Ned through a series of problems and resolutions, and talked about plot structure.

Then we wrote our own version as a class ... the kids much preferred coming up with the "unfortunately" parts!

Email ThisBlogThis!Share to TwitterShare to FacebookShare to Pinterest
Labels: grade 3, lessons, try this at home

The American Library Association awards the Caldecott Medal to the artist of "the most distinguished American picture book for children." In the spring, first- and second-graders listened to about a dozen picture books that were published in 2019. Our voting process was interrupted by COVID, but we finally had a chance to select a winner from the list of four finalists this fall.

The winner: Who Wet My Pants?, illustrated by Zachariah O'Hora and written by Bob Shea. 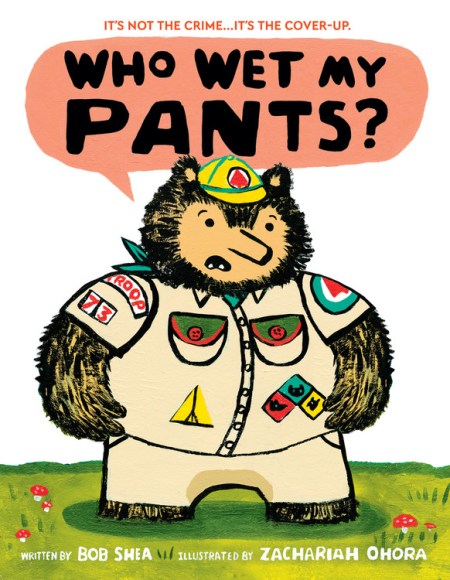 Here are some reasons why the kids chose it:
Full voting results:
Posted by MM at 10:59 AM No comments:

Lesson plans and other text posted to http://oaklawn-library.blogspot.com is licensed under a Creative Commons Attribution-NonCommercial-ShareAlike 3.0 Unported License. Please do not reuse ANY photos of students.